Alcohol abuse is an alcohol disorder where the person’s drinking causes distress or harm. It is defined by the National Institute on Alcohol Abuse and Alcoholism “as the continued use of alcohol despite the development of social, legal, or health problems.” 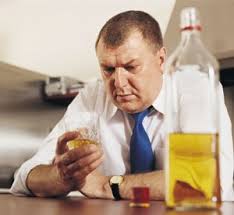 People who engage in alcohol abuse have a very unhealthy pattern of drinking.

The most common characteristics of alcohol abuse are:

The Difference between Abuse and Dependency

The Impact of Alcohol Abuse on Society

Alcohol abuse goes way beyond the person who drinks. Even moderate levels of drinking can have consequences to others, unexpectedly. Impairments in judgment, emotional disturbances, and other maladaptive behaviors that occur as a result of alcohol abuse are responsible for many problems in society. The extensive harm to others is incalculable because alcohol abuse increases auto crashes, spousal and child abuse, domestic violence, disregard and neglect, and an economical impact due to healthcare treatment, lost productivity, and court administration costs.