Alcohol abuse can lead to the onset of various problems in a person’s life, most of which will impact their physical and mental health. An individual abusing alcohol has a higher chance of cardiac arrest and a higher chance of developing cancer. Moreover, a person abusing alcohol can cause permanent damage to their liver and to their brain, even after they have remained sober years. 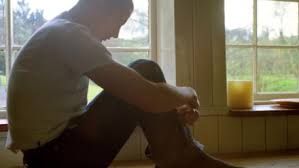 When a person is under the influence of alcohol they can engage in dangerous behaviors which can lead to fatal accidents, and they can become violent, or say things they do not want to say to people they love or care about. Furthermore, a person abusing alcohol tends to miss work more frequently and tends to have physical health problems such as fatigue, headaches, vomiting and dehydration after they begin to sober up.

Many people who abuse alcohol completely forget all, or parts of the night when they heavily drink, which can lead to many problems in their social life. Some people completely black out from drinking too much, which puts a great deal of stress on their body.

According to the National Institute on Alcohol Abuse and Alcoholism, alcohol can cause losses in memory in a person who abuses alcohol, even after only a few drinks. However, as the amount of alcohol a person consumes increases, so does the intensity of the memory loss. Large amounts of alcohol, especially when consumed on an empty stomach or consumed quickly, can cause a person to blackout, or experience an interval of time that they cannot recall any key details of.

In addition, many people who abuse alcohol lose their jobs and their financial stability as well as their social life. Alcohol abuse can lead to alcohol dependency and alcohol addiction, which will cause a person to feel sick both mentally and physically if they do not have alcohol in their system. Alcohol addiction is a chronic disease that will completely control a person’s life until they receive help.