Alcoholism is a progressive disease that has many causes and symptoms and while there is no standard cure for alcoholism, there are many signs that indicate the need for treatment.

Compulsive and Uncontrollable Use of Alcohol

Some people may use alcohol to insulate themselves from physical or psychological pain and some people drink to have fun. When a person is unable to control the amounts they drink, when they drink, or where they drink, despite the distress it may cause them or others, this is a common sign of alcoholism.

Whether a person drinks excessively on occasion or drinks daily, they are likely to develop a tolerance to alcohol over time. The more they drink, the greater their alcohol dependence will become evident. Signs of withdrawals clearly signify alcoholism and can be recognized when the person shows signs of intense cravings for more alcohol, shakiness, sweating, nausea, agitation, anxiety, restlessness, or sleeping difficulties when they stop drinking for a few hours. 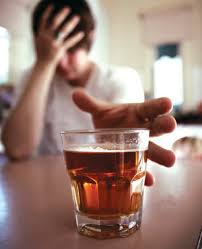 If you cannot control your alcohol intake you may have developed alcoholism.

You may not recognize the signs of alcoholism right away because alcoholics learn to avoid confrontations that would interfere with their abilities to continue drinking and there are several defense mechanisms an alcoholic might use including:

Alcohol is a central nervous system depressant and a chemical that deteriorates nerve cells within the brain and alters neurological functions. According to the National Institute on Alcohol Abuse and Alcoholism,” alcohol is unlike other drugs in that it interacts with multiple systems in the brain, sometimes stimulating and at other times inhibiting neurotransmission.”

This can result in variety of emotional disturbances, behavioral changes, and other psychological health issues. Continued use of alcohol when the following signs are exacerbated by the use of alcohol or by the lack of it can be significant indicators of alcoholism:

Alcoholism can cause many health problems including liver disease, cardiovascular problems, diabetes, cancer, pancreatic disease, and unintentional accidents or injuries. Continuing to use alcohol despite these conditions are dangerous signs of alcoholism.