After a few drinks, a person may find it difficult to walk, have blurry vision and slurred speech. These short-term effects of alcohol, while harmless enough, can snowball into serious health problems with ongoing, chronic alcohol use.

Alcohol produces near immediate effects in the brain, which accounts for the symptoms experienced after just a few drinks. With chronic drinking, these effects take a toll on the brain’s physical make-up and ability to regulate chemical processes.

Chronic alcohol abuse symptoms indicate serious health problems lie in wait for the person who maintains this level of alcohol consumption. After a certain point, drinkers start to exhibit symptoms of cognitive decline that make it difficult to function in everyday life. Over time, symptoms of chronic alcohol abuse pose a serious danger to a person’s overall health and sense of well-being.

Alcohol’s effects on the brain can vary depending on how long a person has engaged in alcohol abuse behaviors, according to the National Institute on Alcohol Abuse & Alcoholism. As alcohol’s primary effect works to depress or slow central nervous system functions, ongoing use can seriously compromise the brain’s ability to function normally over time.

At the start, alcohol produces mild and passing effects that tend to subside in a short while. With frequent drinking patterns, these effects become more intense and tend to last longer than before.

With heavy drinking, alcohol’s effects become more so the norm than the exception. At this point, drinkers likely develop serious health and psychological problems that make it all but impossible to function effectively in everyday life. 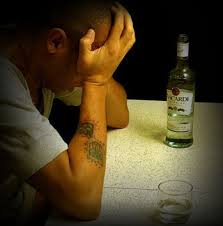 Cognitive decline can be caused by chronic alcohol abuse.

Alcohol will affect a person’s cognitive abilities regardless of how long he or she has been drinking. Short-term drinkers experience lapses in memory, decreased attention spans and limited learning capabilities after just a few drinks.

In effect, the damage caused by alcohol destroys brain cells and shrinks the brain’s overall mass causing these symptoms to grow progressively worse the longer a person continues drinking.

Physical symptoms of chronic alcohol abuse mirror the damaging effects alcohol has had on the brain. As chronic drinkers have developed high tolerance levels, the amount of alcohol consumed at any one setting all but “drowns out” the brain’s ability to regulate bodily functions.

According to the University of Southern Indiana, physical symptoms of chronic alcohol abuse may include –

While most everyone in the person’s life can see these changes take shape, alcohol’s effects make it all but impossible for the person affected to see, let alone acknowledge a drinking problem.