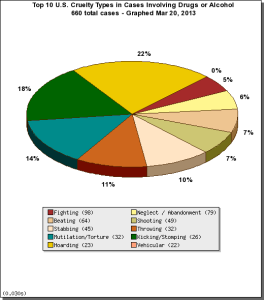 The alcohol abuse statics show that we have a growing problem.

While alcohol abuse does not differentiate between race alcohol abuse is higher in non-Hispanic Whites (27%) as compared to Hispanics (19%) and Blacks (15%). Alcohol abuse also causes problems with families, as 3 out of every 10 adults report that drinking has created tension and brought about major problems in the home.

In 2010 in the United States alone alcohol was the cause of around 85,000 deaths with around 22,000 of those coming from alcohol related diseases. This does not take into account the many people that are living and suffering from alcohol related diseases. A third of the deaths are from drinking and driving accidents and one of the main tragedies is that is that the death may not be of the alcohol impaired person, but it can the passenger or another driver on the road.

The statistics on alcohol abuse by people that are underage are startling. According to a 2005 study teens accounted for 15% of all alcohol sold in the United States for almost $20 billion in sales. Even though people of the ages of 16-24 years of age account for 20% of the population in the U.S. that have a driver’s license they account for around 42% of the alcohol related deaths. On average underage drinking costs American taxpayers around $60 billion a year in medical costs and lost days of work.

Alcohol and the availability in an area is closely related to the number of violent assaults in that area. Areas that have more liquor stores and bars per capita have more violent assaults. Around 66% of victims between intimate partners where violence occurred have been where alcohol was involved.