Diseases caused by alcohol abuse have taken a considerable toll on public health as a whole. According to the Centers for Disease Control & Prevention –

While drinking, in general, isn’t necessarily the problem, once a person reaches a point where he or she can’t control intake amounts, the risk of developing an alcohol-related disease increases substantially. In effect, chronic alcohol use ages the brain and body at an exponential rate making a person more susceptible to developing heart problems, liver problems, diabetes and even cancer.

According to the National Institute of Alcohol Abuse & Alcoholism, alcohol abuse exists as an underlying cause of more than 30 disease-type conditions. Alcohol also plays a contributing role in the development of a range of various health problems

Excess alcohol use is an identified risk factor for disability, disease and death, so much so that it surpasses related risks associated with smoking, hypertension and high cholesterol conditions. In effect, alcoholism places the body in a degenerative state of dysfunction that grows progressively worse over time. 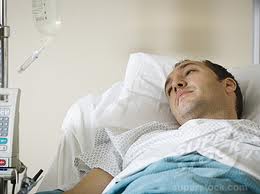 Alcohol abuse can lead to disease of the liver, heart, and other conditions.

Alcohol metabolism takes place in the liver so heavy drinking places an incredible strain on everyday liver functions. Over time, the liver’s cells start to die off leaving whole sections of the organ inoperable, according to the University of Rochester Medical Center.

As the liver deteriorates, a person can develop one or more of the following conditions –

Alcohol acts as a central nervous system depressant and essentially alters the chemical processes responsible for regulating normal heart function. Months or years of excess alcohol consumption cause chemical imbalances to persist and worsen for as long as a person continues to drink.

Ongoing chemical imbalances disrupt heart rates and blood pressure levels, both of which contribute to developing heart disease. Heart-related conditions associated with alcohol use include –

Excess alcohol use throws off most every chemical process in the body. This includes brain chemical neurotransmitter levels, hormone levels as well as the blood’s overall chemical composition. These alterations place normal cells at considerable risk of mutation while further increasing the likelihood of new cell mutations.

These conditions place a person at increased risk of developing any one of a number of different cancer conditions, some of which include –

Considering alcohol’s ability to cause widespread damage throughout the body, getting needed treatment for a drinking problem can literally add years to a person’s lifespan.